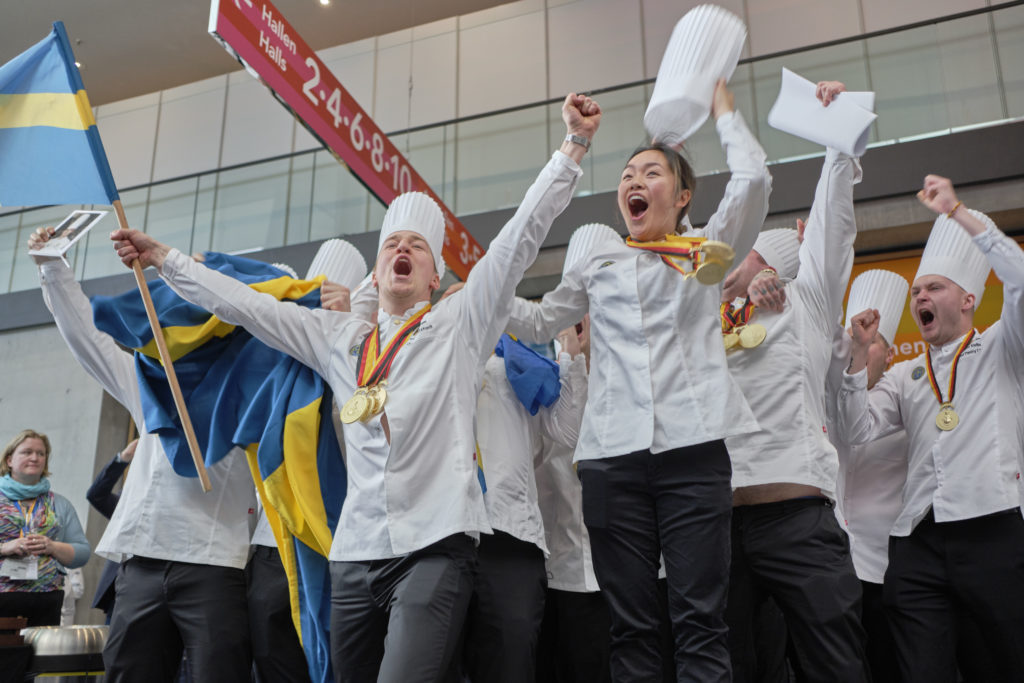 Around 1800 participants, including 110 teams and roughly 800 individual exhibitors, from 67 countries were responsible for creating a magical Olympic atmosphere in the Stuttgart exhibition halls from 14 to 19 February 2020. For the first time ever, the IKA/Culinary Olympics were held here, parallel to the Intergastra and Gelatissimo – thus attracting more than 100,000 visitors to the halls of the capital city of the federal state of Baden-Württemberg. With an area of 117,000 m² and direct transport links, Messe Stuttgart, the city’s trade fair centre, offered the perfect logistical conditions to accommodate the flow of visitors and participants. The organiser of the IKA, the Verband der Köche Deutschlands e. V. (VKD – German Chefs’ Association), received special on-site support from the great work done by Messe Stuttgart, Dehoga Baden-Württemberg and the numerous honorary VKD members.