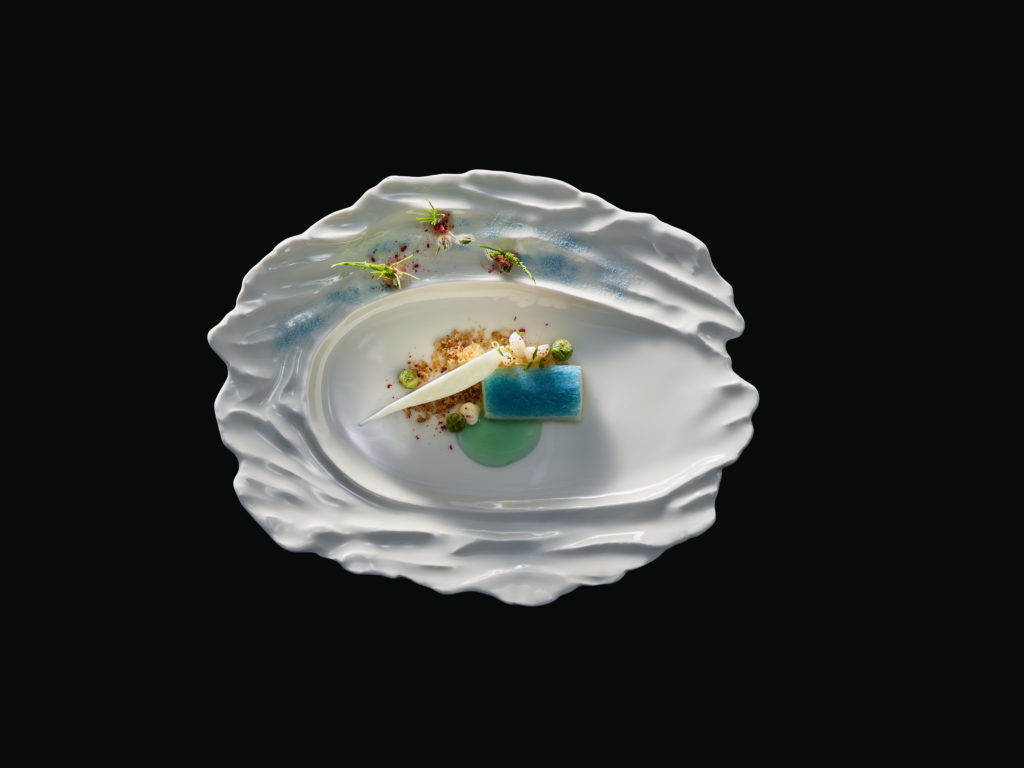 During the Chef's Table and the IKA Buffet, unconventional porcelain is used, too. Photo: RAK Porcelain

The classic plate is white and round. However, this conventional version is increasingly faced with colourful and angular competitors. This trend will also be reflected during the IKA/Culinary Olympics 2020 in Stuttgart. On this occasion, chefs from all corners of the world will plate their dishes both on porcelain classics and on plates reflecting the latest trends in the world of porcelain.

The IKA/Culinary Olympics, which will take place at the same time as the INTERGASTRA, the main trade show for the hotel and gastronomic industry, i.e. from 14th to 19th February 2020 in Stuttgart, is not only a trendsetter in the culinary field, but also with regards to porcelain. Over 2 000 chefs from more than 70 nations will not only prepare high-quality dishes, but also prove their skills in the ‘Art of Plating’. In this context, porcelain plays a decisive role.

Conventionally, the plate consists of the well, on which you normally plate the dishes and the lip, i.e. the frame of the plate. When plates with a particularly large lip are used, the portion always seems smaller – creating what you could describe as an optical illusion. In general, angular plates are considered more masculine, while round plates have a more feminine touch. The classic colour of porcelain is still white.

Conventional white for the jury

For the 2020 IKA/Culinary Olympics the choice of porcelain will also remain classic. Porcelain manufacturer RAK Porzellan is the exclusive partner of the culinary teams and provides them with their porcelain. During the ‘Restaurant of Nations’ competition, in which both the junior national culinary teams and the national culinary teams will prove their cooking skills, classic white porcelain will be used to plate their 3-course menus. This is particularly advantageous for the jury, explains Sven Bodry, Director of Sales, Marketing & Communication of RAK Porzellan. The members of the jury do not only have to assess the taste, but also the overall appearance of the menus. Since the dishes created will not have the same impact on different colour plates, e.g. black plates, some teams would have advantages or disadvantages. Consequently, a white plate is more neutral.

In general, the porcelain trend is moving away from white, round plates. Colourful porcelain with extravagant shapes, structures and patterns is gaining appeal in the world of porcelain. In the past it was standard that gastronomes ordered the entire range of a particular porcelain collection from the manufacturer – from the starter plates all the way to the dessert plates. “Today, the porcelain set often consists of a pick ‘n’ mix selection,” says Sven Bodry. “This emphasises the trend towards individuality in gastronomy.” He claims that what you could call ‘patchwork porcelain’ creates an ambiance of lived life. Nowadays, one may serve cake on a coffee cup saucer and soup in a coffee cup. “Today, the success of a porcelain collection lies in its multi-use characteristics,” explains the expert. The trend is also moving away from flat plates and focuses more on bowls and coupe plates. As far as the décor and structure are concerned, the porcelain takes its inspiration from food and fashion trends. Currently, for example, Asian décor is very much en vogue.

The ‘patchwork porcelain’ trend has also reached the IKA/Culinary Olympics: During the ‘Chef’s Table’ and ‘IKA Buffet’ competitions, the national culinary teams are allowed to choose from a wide range of pick ‘n’ mix plates, bowls and platters. “It is great that we follow this trend during such an important international event”, explains Bodry. After all, the art of plating should also have an element of fun and with a wider range of different styles of porcelain the chefs will have more creative leeway.

One thing is sure… whether they are white, black, colourful, round, angular, flat or bowl-shaped, there is one thing both classic and trendy styles in the world of porcelain have in common: we eat with our eyes. The German Chefs Association, Verband der Köche Deutschlands e.V., as the organiser of this event, is already looking forward to the imaginative creations the chefs will come up with during the IKA/Culinary Olympics in February 2020.

You want to know, which porcelain the teams are using during the IKA/Culinary Olympics 2020? Have a look here.