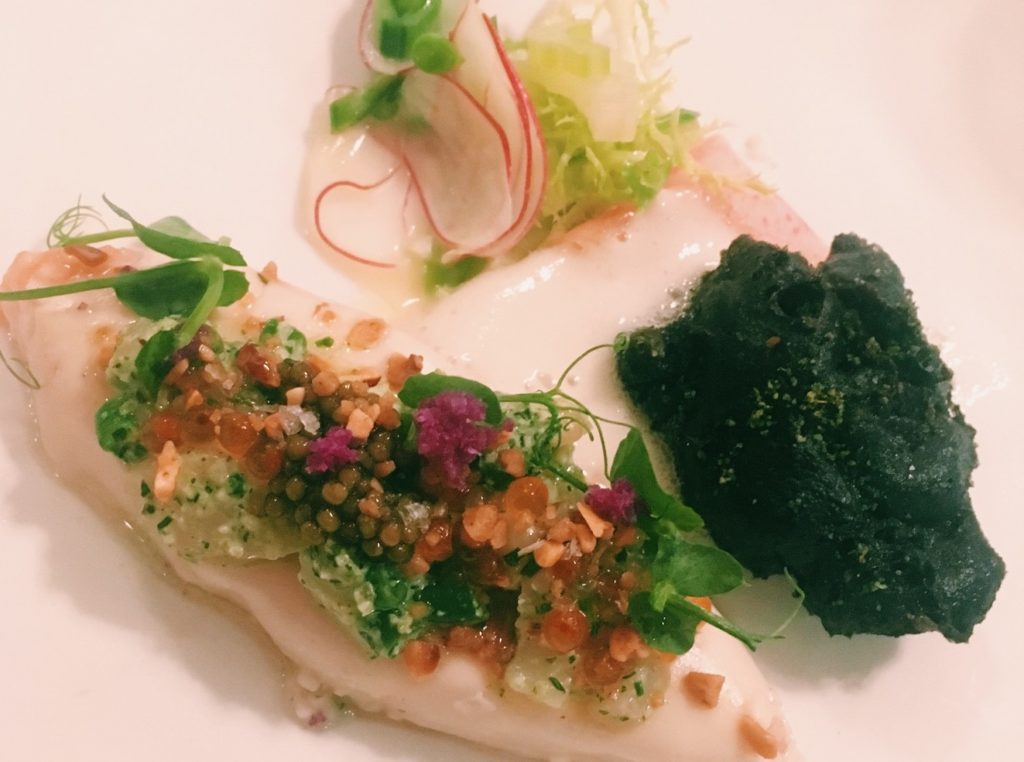 The IKA/Culinary Olympics is the oldest and largest culinary art exhibition in the world. The participants have been venturing out extraordinary menu creations for over 100 years, which often did not exist before. A look at the dishes of the winning teams from 2016, Singapore and Sweden, reveals what future food trends could be. Local hero Germany represents itself through its dishes in the next IKA/Culinary Olympics during INTERGASTRA 2020 (14th – 19th February).

The IKA/Culinary Olympics have found the perfect industry platform with INTERGASTRA, the leading trade fair for the hotel and restaurant industry in Stuttgart. For four days, international cooking teams compete for the Olympic victory and at the same time set impulses for the food trends of tomorrow. Thanks to its extraordinary range of exhibitors from the hotel and catering industry, the trade fair reflects the whole world of hospitality. Another advantage is that restaurateurs are among the most important visitors to the fair and benefit from the innovative creations of international teams. “Even today, the rumours are unflappable that the IKA/Culinary Olympics has set the finger food trend. And this, of course, makes us proud! We also hope for further culinary peculiarities, which will establish themselves as trends within the teams, in order to eventually be created as an indispensable element in the professional kitchens of the restaurateurs,” explains Andreas Becker, President of the German Chefs’ Association, Verband der Köche Deutschlands e. V. (VKD). The German Chefs’ Association is the patron of the IKA/Culinary Olympics and organises the competition.

Trendy visions from the professional kitchen

Ronny Pietzner, team manager of the German national culinary team, sees a stronger use of local fish and meat and the use of old vegetable and fruit varieties as the potential food trends of the future. According to Ronny Pietzner and Peter Jelksäter, team manager of the Swedish junior national culinary team, the “from-nose-to-tail principle”, i.e. the use of the entire animal, is already established in professional kitchens – not least because of the fact that the Jury of the IKA/Culinary Olympics pays attention to a reduction in food waste. Chef Louis Tay, former team manager of the Singapore national culinary team, who won the 2016 IKA/Culinary Olympics, also expects to see a return to the basics of classic cooking combined with modern techniques. The IKA/Culinary Olympics play an important role here: if a team decides to use a particular ingredient, it is more than likely that this ingredient establishes itself as a trend within the teams and then asserts itself in professional kitchens. Singapore’s national culinary team made this experience: under team captain Teo Yeow Siang, the team created the main dish for the 2016 competition. “A particularly challenging component was the rabbit ragout in an Asian roll. Our ragout then found its way back into a menu at the Expogast 2018. I was elated by this,” recalls Louis Tay.

Trendsetting 2016? Review of the menu creations

Food trends start where innovation begins and professional chefs are ready to embark on a combinatorial venture. “In 2016, the German team decided to use relatively new ingredients and preparation methods, such as spruce shoots, puffed chia seeds or the cooking method in hay ash,” explains Ronny Pietzner. “While the majority of their German colleagues are familiar with these ingredients, we can also help selected ingredients to gain more popularity around the world through the IKA/Culinary Olympics.” With team captain Peter Jelksäter, the Swedish junior national culinary team also ventured out to extraordinary combinations, which, not least, brought them the Olympic gold medal for the juniors in Sweden in 2016. “Our starter was a lemon-glazed salmon with lightly smoked mousseline, including trout rye on a dill emulsion,” recalls Peter Jelksäter. Amongst other things, the team prepared a reindeer Porterhouse Steak with spinach, apple jelly and liver cream as the main menu. Roasted almonds, pickled mustard seeds, juniper oil and reindeer jus gave the dish its special character. “We cannot yet tell, whether we have set a trend with it – however, it will be interesting to see if we rediscover parts of our creation during the upcoming IKA/Culinary Olympics,” explains the team chef.

At the IKA/Culinary Olympics 2020, the jury and guests will be able to look forward to new menu combinations by international chefs from approximately 39 nations. The German national culinary team is also preparing for the competition. “We do not want to reveal too much, but the most important components here are catfish, Sauerbraten (German-style sweet and sour beef roast) and variations of venison fillet with red and black cabbage. A special combination of lemon, mascarpone and chocolate is also planned,” explains Ronny Pietzner.