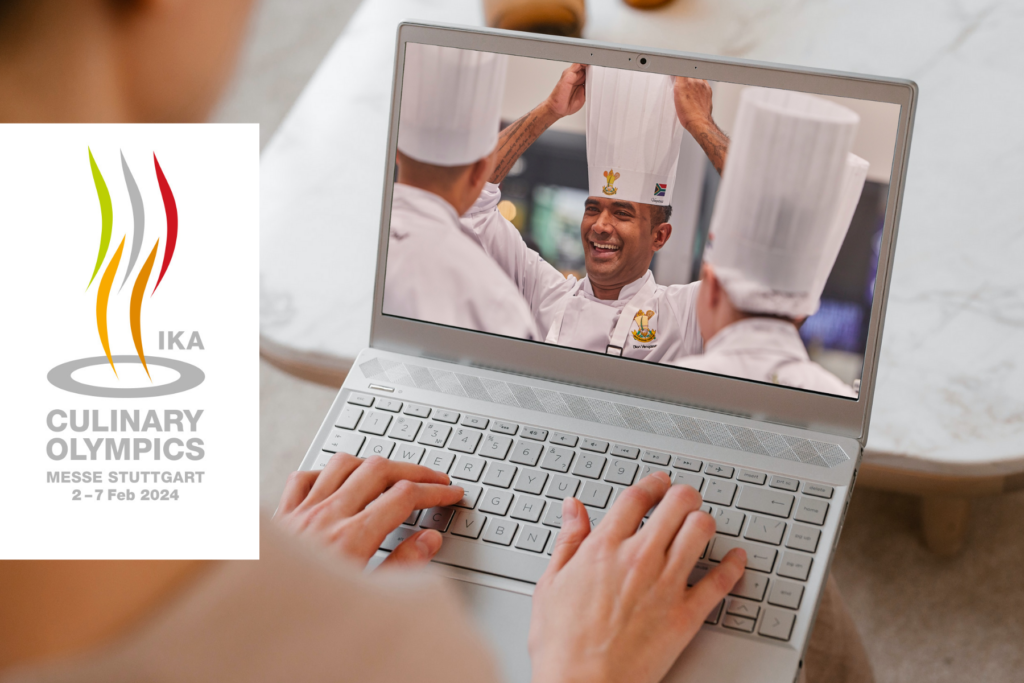 Save the Date: The countdown to the next IKA/Culinary Olympics is running and with a new clip on our YouTube channel, we get you in IKA mood already.

After the IKA is before the IKA. In less than two years, the German Chefs Association (VKD) is once again inviting the who’s who of the global chefs community to the IKA/Culinary Olympics in Stuttgart. From February 2 to 7, 2024, the trade fair will open its doors to the top-class cooking event and will attract tens of thousands of visitors, fans and of course participants from all over the world to the capital of Baden-Württemberg. “This is where the Olympic spirit meets culinary highlights,” says VKD President Daniel Schade. “As the organizer of the event, the VKD gives talents a stage and the opportunity to show their potential. The participants keep creating trends on the plates, and the atmosphere of the cooking spectacle will be remembered by the teams and guests for a long time to come.” As for the first time in 2020, the 26th edition of the IKA will also take place parallel to the Intergastra trade fair. Viewers can follow the Olympic competition in the glass kitchens on IKA TV – live and worldwide. To get in the mood for the “Once in a Lifetime” event, a new clip has been published on the official IKA YouTube channel. It’s worth checking out – goosebumps moments guaranteed.

It's worth browsing through – for die-hard fans and...