Hygiene is crucial in the kitchens. Photo: Ecolab

The German Chefs‘ Association, Verband der Köche Deutschland e.V., is the organiser of the IKA/Culinary Olympics and as such, also responsible for ensuring the implementation of the hygiene standards, because the menus will be sold on every competition day. Since 2012, the VKD has been counting on their partner Ecolab to ensure the respect of hygiene standards.

During the IKA/Culinary Olympics, which will take place in Stuttgart from 14th-19th February 2020, 8000 dishes will be prepared by over 2000 chefs in 22 kitchens. The main aim is to win a gold medal. For this purpose, the participating nations have invested a lot of hard work and practice over the last months.

In addition to the culinary know-how, the implementation of the specifications and the interaction in the kitchen during the competition, the implementation and compliance with good hygiene practice during the competition is also required and is included in the jury team’s evaluation. Ecolab has been taking on this part since 2012 as a partner of the VKD and has developed a comprehensive hygiene concept, which was also successfully implemented at the 2012 and 2016 IKA.

The key elements of the 2020 IKA hygiene concept

A defined disinfection and cleaning standard as well as a skin protection plan have been put together in two languages (English / German) for the competition. All 22 kitchens will be equipped with systems and products in accordance with the requirements which were previously agreed upon with the food inspection authorities in charge. There are safety data sheets and operational manuals which are available on site. Before the competition start, the nations will be instructed by Ecolab. These practical instructions will be documented. All nations will be issued with a hygiene folder, specially compiled for this competition, which contains not only the cleaning and disinfection plans, but also the basic regulations of good hygiene practice.

At the end of the respective competitions, the service temperature will be measured and documented at the pass. To implement this, networking partner Rieber will use Ecolab’s “Mobile CHECK” system. If required, the collected data can be called up directly. There will be a seamless documentation of the data, which will form an essential part of the self-checking system for the VKD. 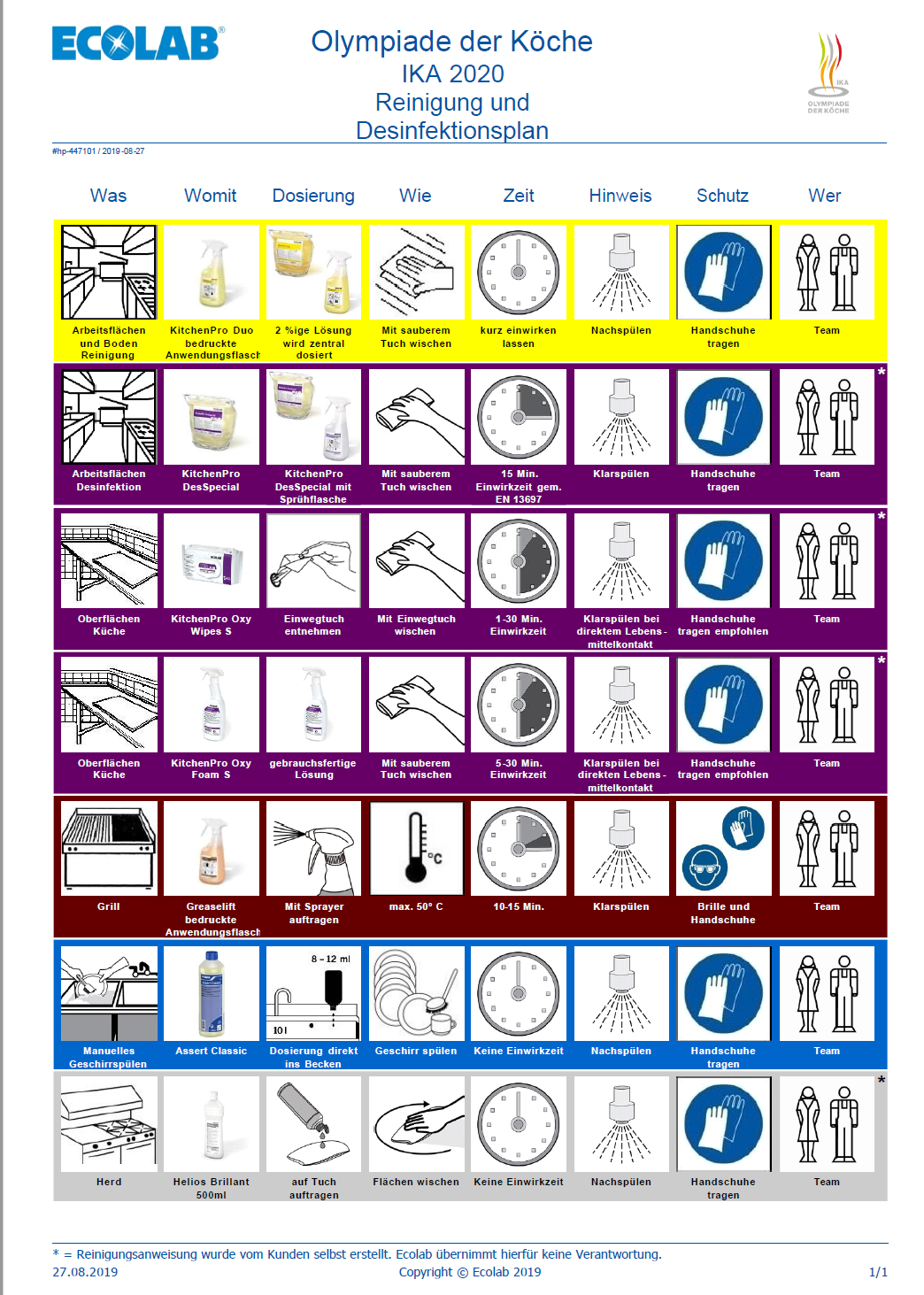 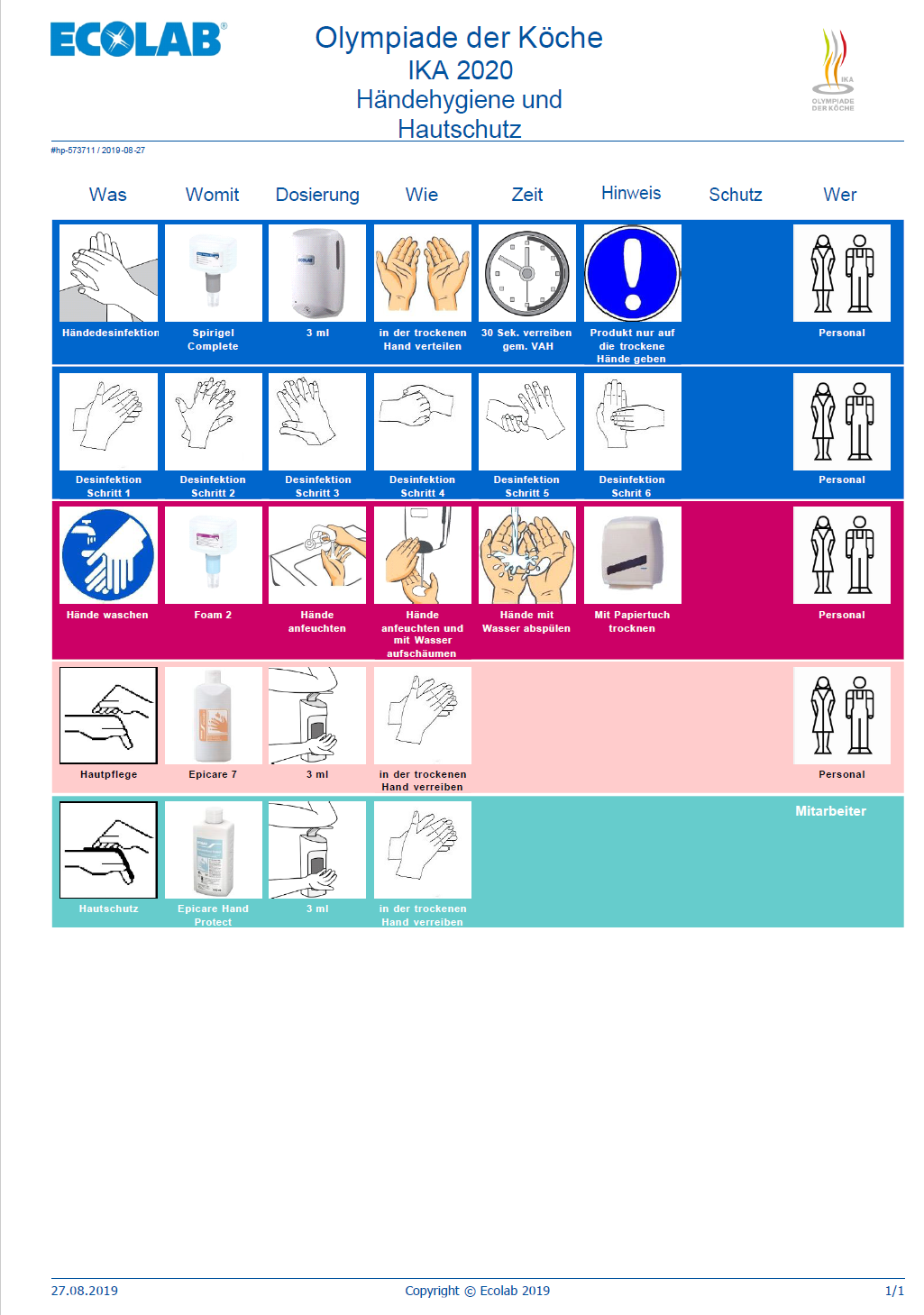 Save the Date: The countdown to the next IKA/Culinary...