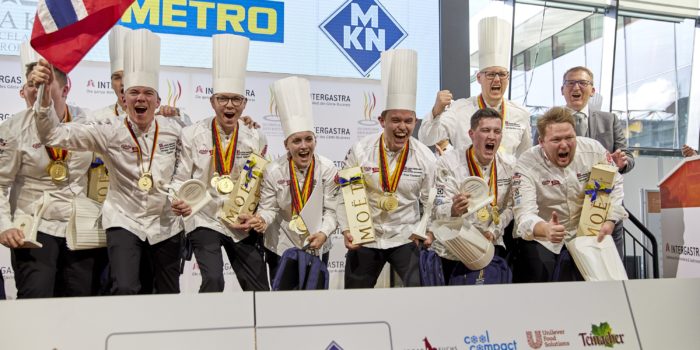 Stuttgart, 19 February 2020 – “Bigger, better and for the first time in Stuttgart – once again, we have proven that the IKA/Culinary Olympics is the most renowned and important international culinary competition for chefs”, states Richard Beck, the President of the German Chefs’ Association (VKD). The German Chefs’ Association, Verband der Köche Deutschlands e. V., as the competition organiser congratulates all of the winners of the Culinary Olympics. “All participating chefs and pastry chefs were thrilled to represent their country and their profession. The newly launched Chef’s Table, a 7-course menu prepared by the National Teams, was particularly successful”, concludes Richard Beck. “The IKA/Culinary Olympics is also setting the food trends in the other categories for the next four years – i.e. for the Junior National Culinary Teams, Community Catering & Military Teams, Regional Culinary Teams and the individual exhibitors.”